An on-going, collective painting created by an ever-growing number of hands. Participants paint on the 5' X 4' canvas while I stand behind them with a camera, tripod, and tireless thumb, continuously snapping pictures to capture the art that is their experience with the ancient technology of stop-motion.

You can see the video of all four sessions here!.

Conducted in four separate installments at Make My Monday at Fort Mason Center. 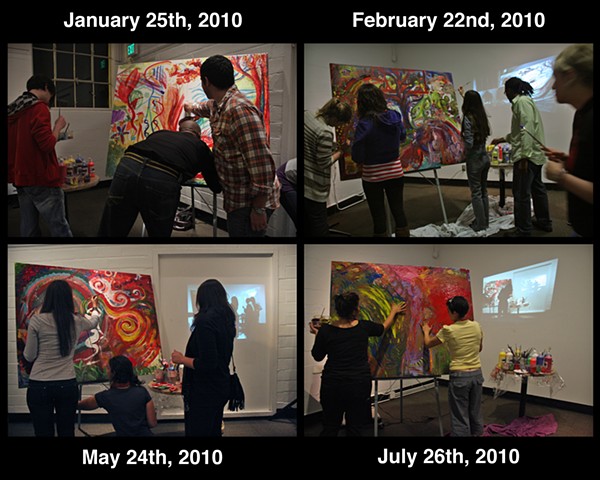 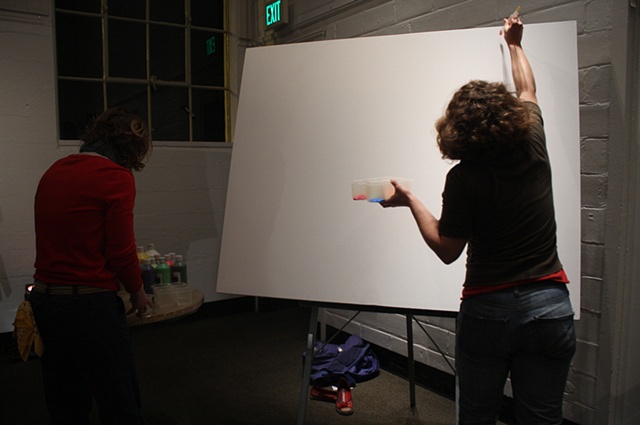 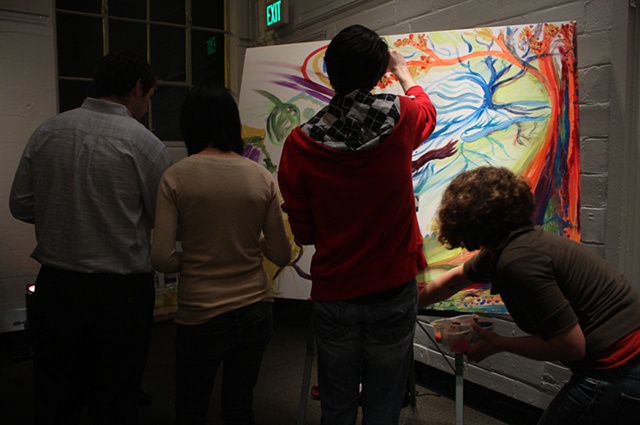 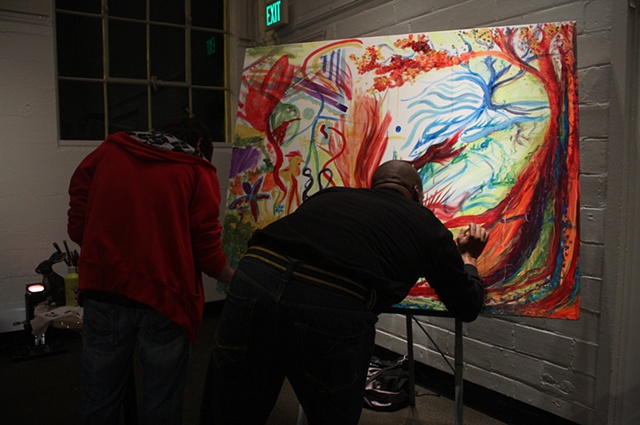 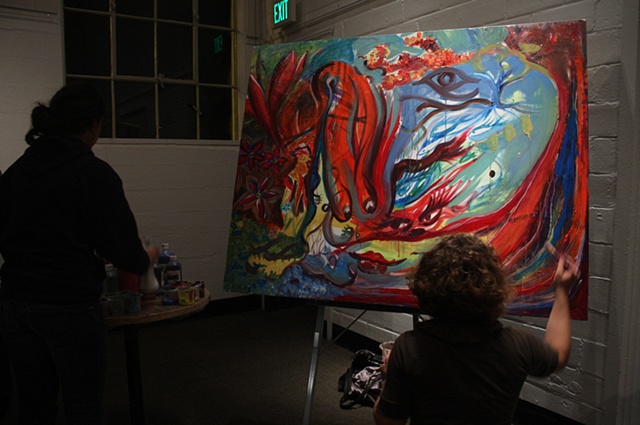 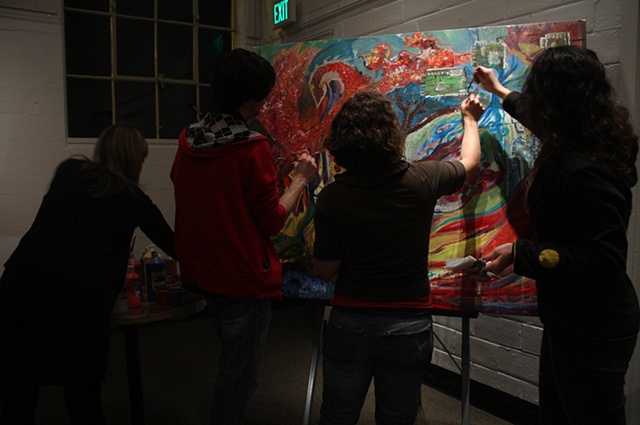 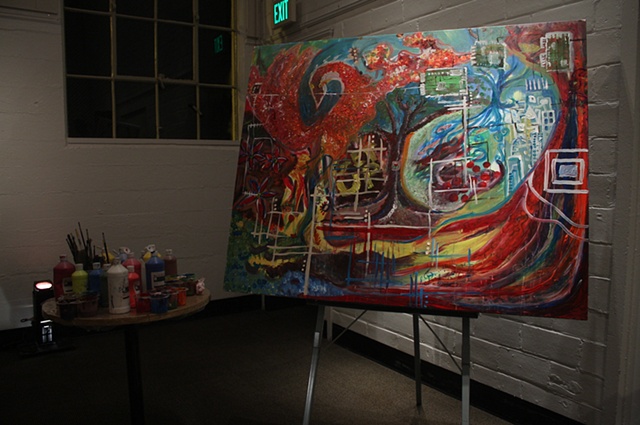 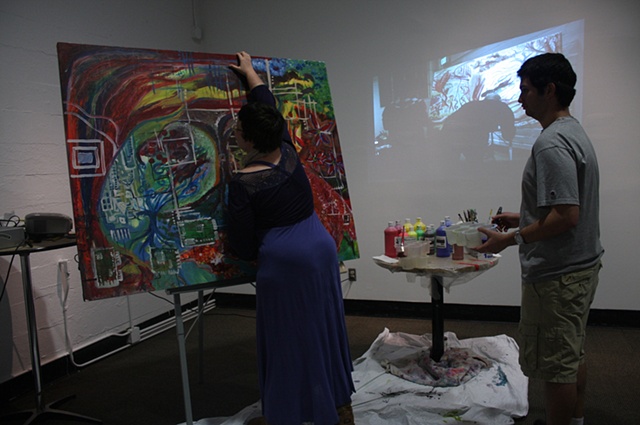 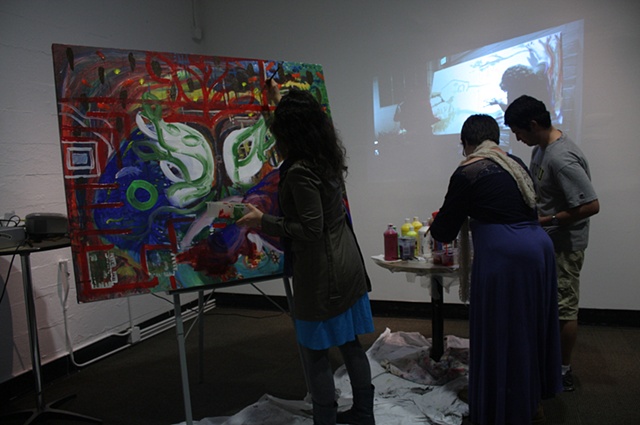 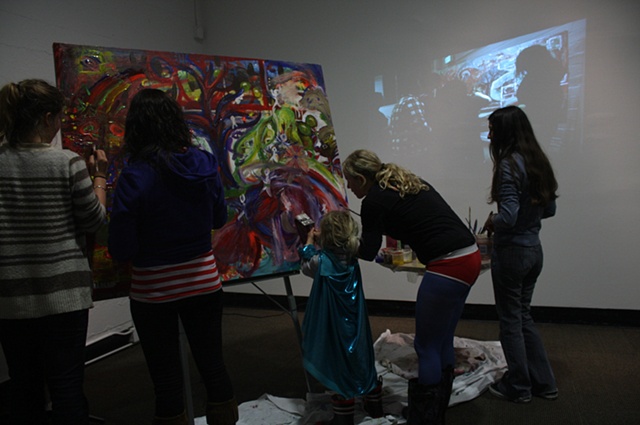 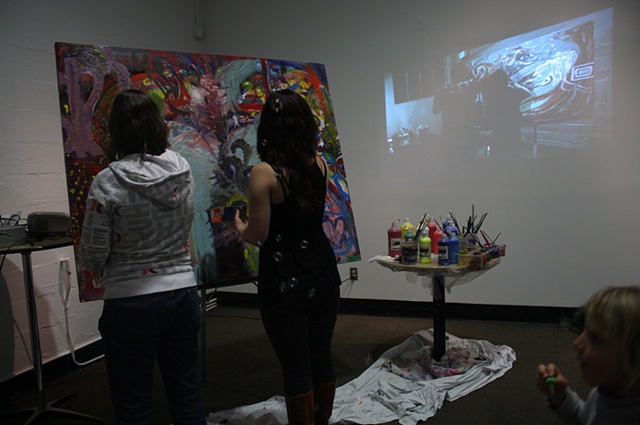 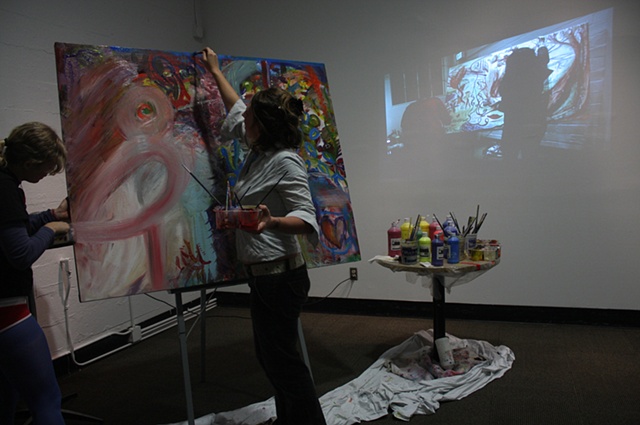 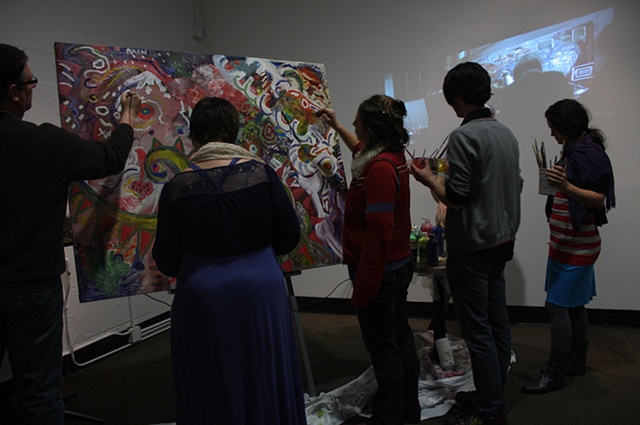 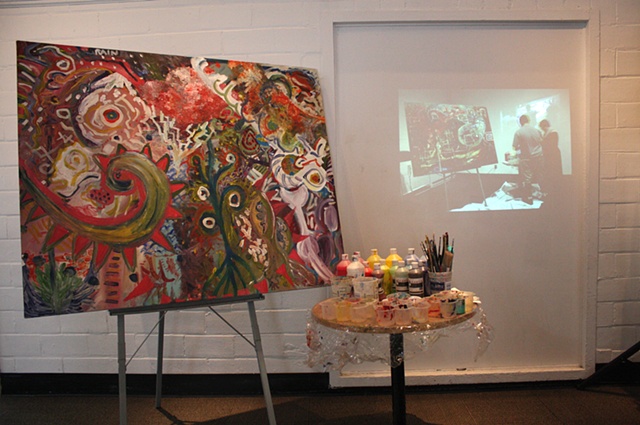 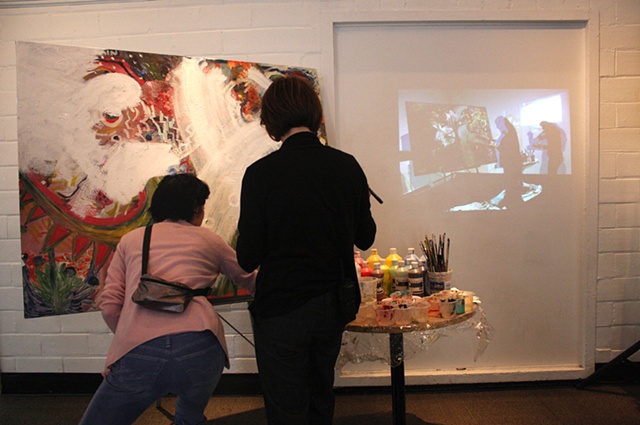 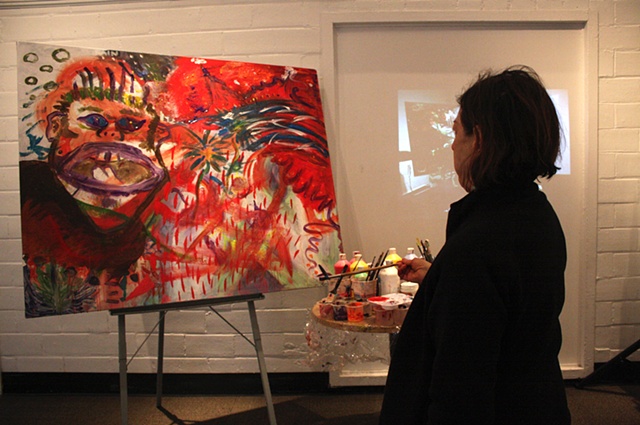 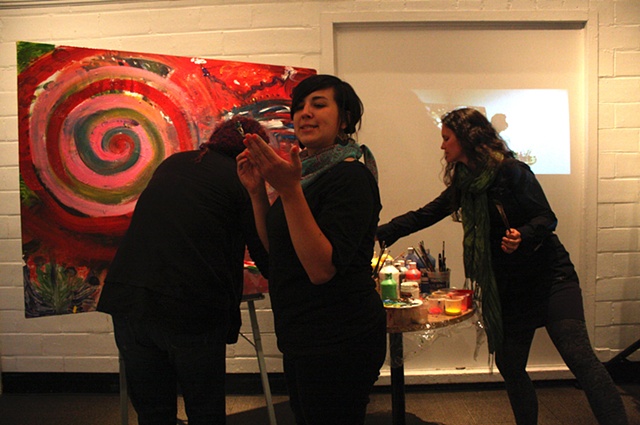 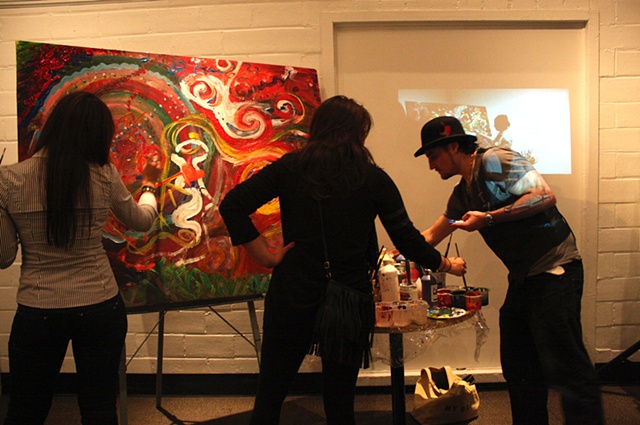 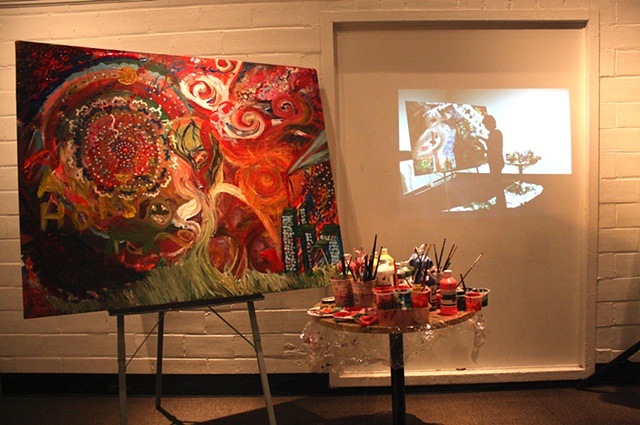 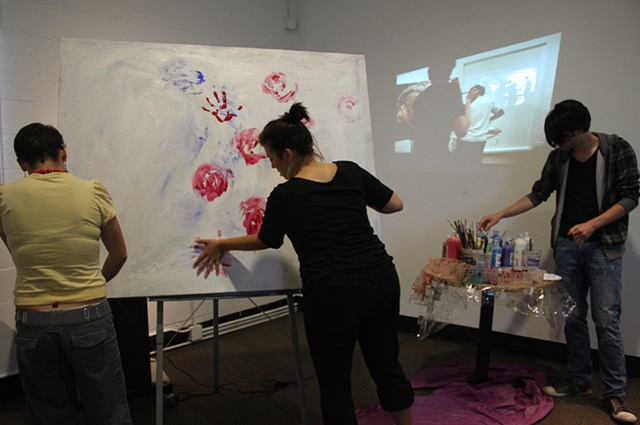 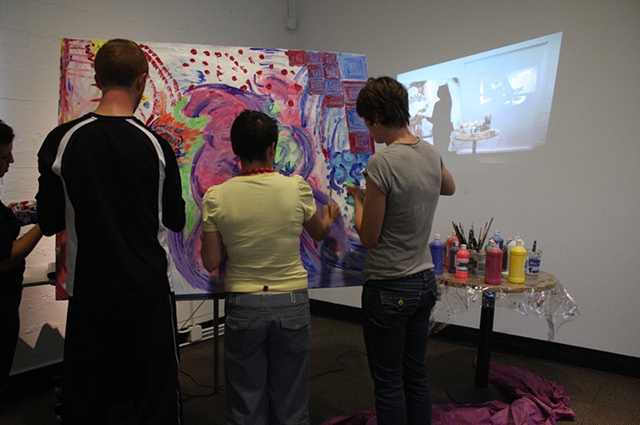 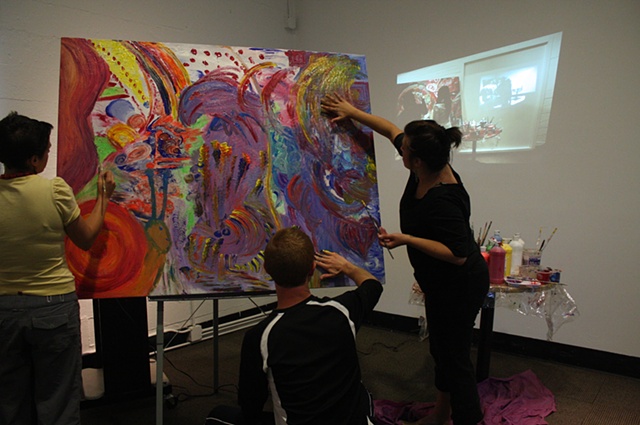 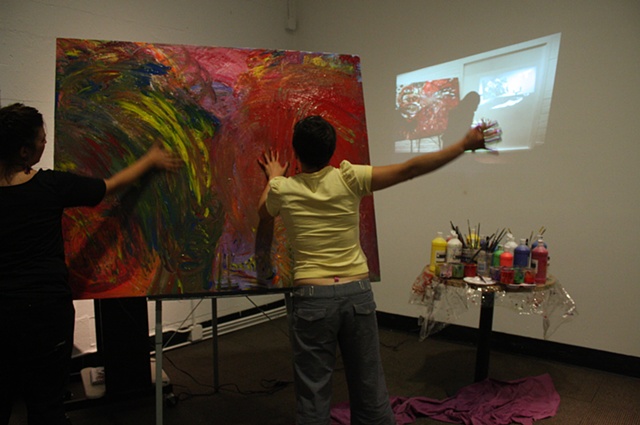 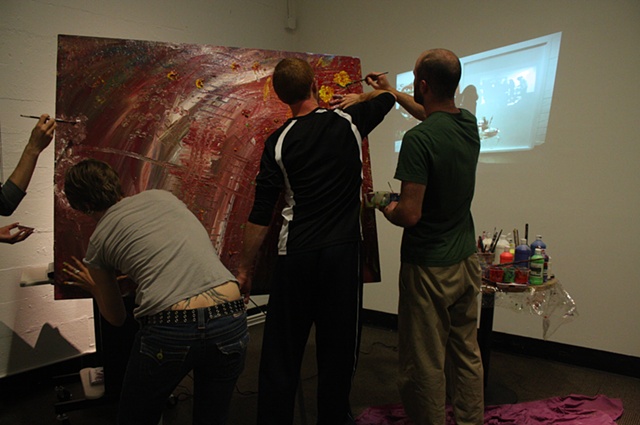 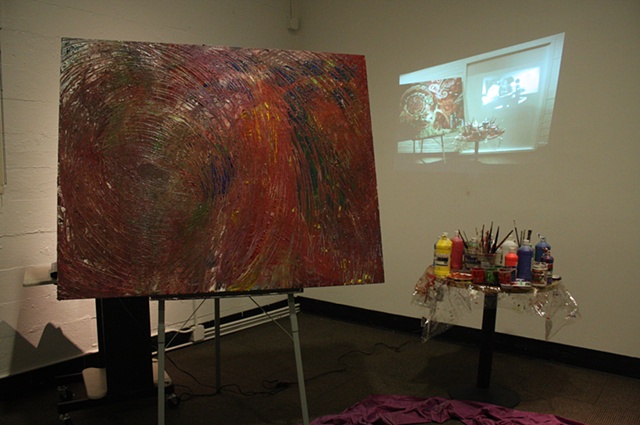